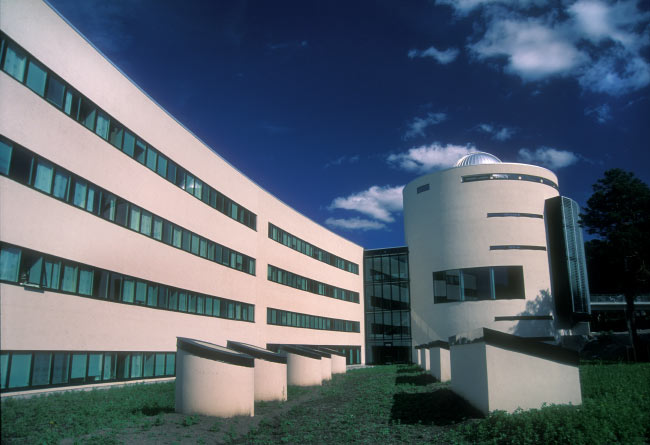 Akademiska Hus has signed a contract to acquire the property Alba Nova in Stockholm from the National Property Board of Sweden. The purchase price is expected to be about SEK 2 billion.

The property Alba Nova (Kattrumpstullen 1) is located just north of Roslagstull, a stone’s throw from the Albano Campus where Akademiska Hus is currently developing a new scientific hub that links Stockholm’s three universities with each other and the city. The property consists of about 40,000 m2 including one large main building (Fysikhuset, Physics Building) and nine smaller separate buildings.

The main building, which was designed by the Danish architect Henning Larsen, was built by Skanska and opened in 2001. Stockholm University and KTH (Royal Institute of Technology) conduct classes and research in physics, astronomy and biotech in these buildings. Akademiska Hus will take over the leases at closing. The exact purchase price will be set on market-based terms at closing (1 December 2020), but is currently expected to be about SEK 2 billion.

“Through the purchase by Alba Nova, Akademiska Hus can assume overall responsibility to an even greater extent for the development of Albano into a modern and competitive knowledge environment. The property has a strategic location, but also has symbolic strength, since Alba Nova is currently already shared by Stockholm University and KTH in the same way that the rest of Albano will be shared between the universities,” says Magnus Huss, Market Area Director at Akademiska Hus.

Through the Albano Campus, a cohesive university district is growing in Stockholm that extends from Stockholm University in the north, via KTH over to Hagastaden, and with Karolinska Institutet to the west. Approximately 1,000 student housing units will be built here. The campus is being developed into a modern and competitive university environment in harmony with nature and with the objective of becoming a role model in sustainable urban development. The Albano Campus was also the first campus in Sweden to qualify for certification according to Citylab standards, which unlike other sustainability certification initiatives not only applies to individual buildings, but also covers an entire urban development project.